Is Oral Cancer Lurking In My Mouth? 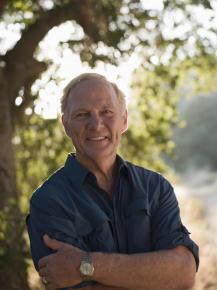 Anything with the word “cancer” attached strikes fear. Serene Oaks Dental feels, however, a responsibility to educate residents of Minneapolis about Oral Cancer Screening because it could save your life!

It’s estimated that if found at an early stage of development, oral cancers have an 80 to 90% survival rate. Unfortunately, the majority of cases are found as late-stage cancers, accounting for the high death rate of about 45% within five years of diagnosis!

Clearly, the importance of finding oral cancer in its early stages is obvious. Under ordinary light, only the more advanced lesions make themselves visible. However, using a state-of-the-art tool known as VELscope Vx, our dentistry practice can detect mucosal abnormalities much earlier.

How does the VELscope Vx work? The hand piece emits a safe blue light into the oral cavity, which excites natural fluorophores right to the base below where premalignant changes typically begin. If there is any contrast between normal and abnormal tissue, it will then become visible to the operator.

When used alongside traditional oral cancer examination procedures, this tool can facilitate the early discovery and visualization of mucosal abnormalities, including oral cancer. This provides you the best chance of a happy outcome.

Our patients’ health is our primary concern, which is why at Serene Oaks Dental we strongly suggest residents of Minneapolis schedule an Oral Cancer Screening sooner rather than later.